Infinity Landscape depicts a voyage through Austria and translates the notion of mobility and travel into the architecture of the new HQ building of the ÖBB, the Austrian Federal Railways company. Working with INNOCAD, united everything developed the concept for this graphic installation that defines the heart of the project.

Thousands of photos of Austria’s landscape build a single 3.6 km long image in a textile screen spanning all 23 floors of office and lounge areas of the new tower, in a total area of 30.000 m2. The graphic image evokes the rhythm and mobility of passing landscapes as a sequence of visual sensations and speaks to each person at an individual level, inducing a sense of discovery or identity and belonging. The interaction with lighting and graphics generates a clear thematic and atmospheric charged space. Read more

The textile room divider features zoning, atmospheric and acoustic qualities, and serves as a visual mechanism for spatial orientation. In the working environment, it acts as a filter between the movement area and the side areas, separating open offices and meeting rooms. Along the middle zone, open and closed communication areas create a communicative centre that responds to the demand for spontaneous communication in a modern working environment but also recognises the need for privacy and concentration through a visibly defined space and the clear zoning of distinct functional areas. The line element of the ÖBB’s corporate identity was interpreted and, recurring to an algorithm, incorporated as a key design tool to mark accelerating and decelerating areas that correspond to the movement in the communication areas and private workspaces.

In the multi-functional Sky Lobby, an abstract RGB thematic graphic installation of technical train drawings can be modified by the neutralisation of the light colours, to be both statically or dynamically dependent on the event.

The design was the winner of an invited international interior architecture competition launched by the ÖBB in 2012. Since completion, the project has received several awards and nominations. 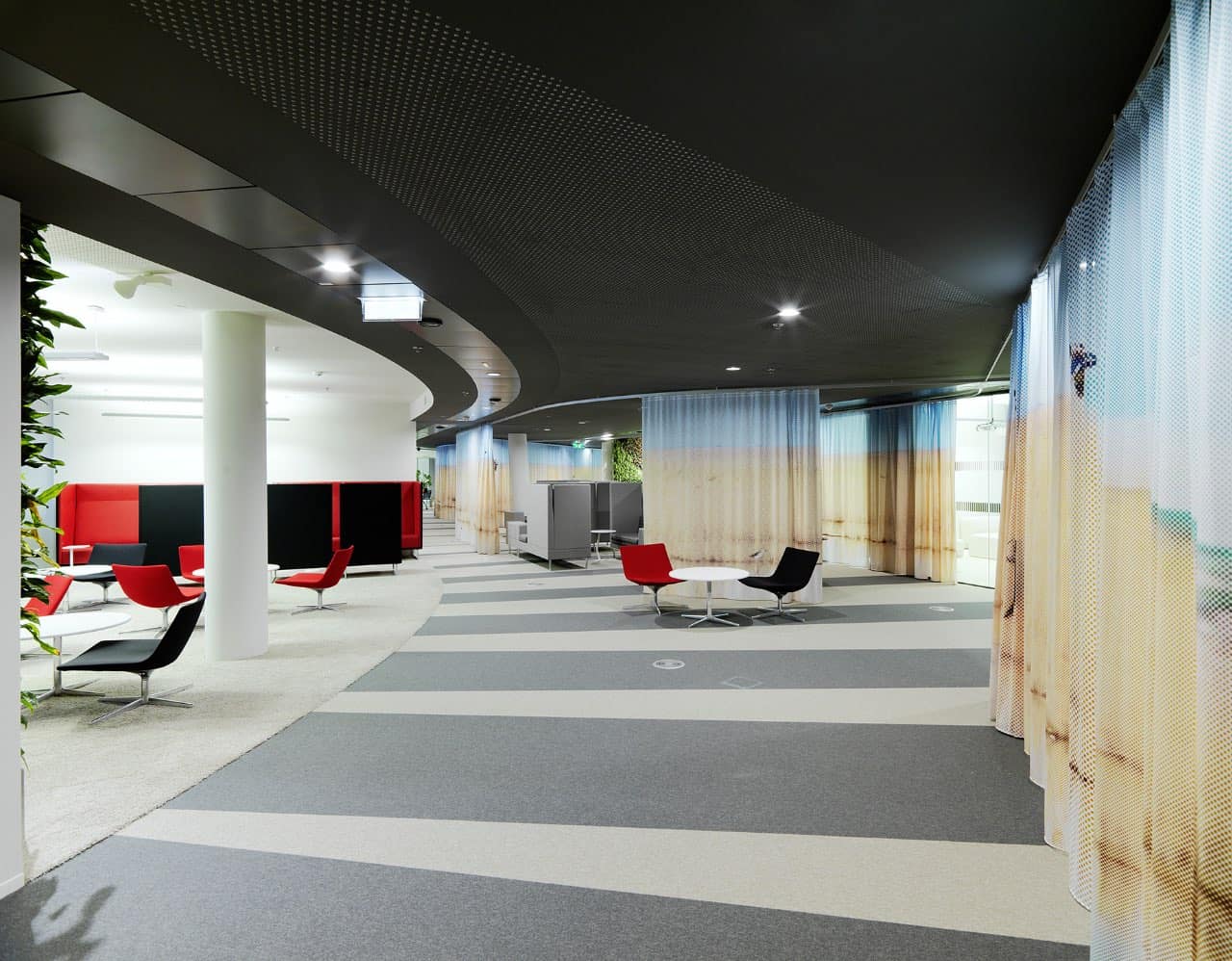 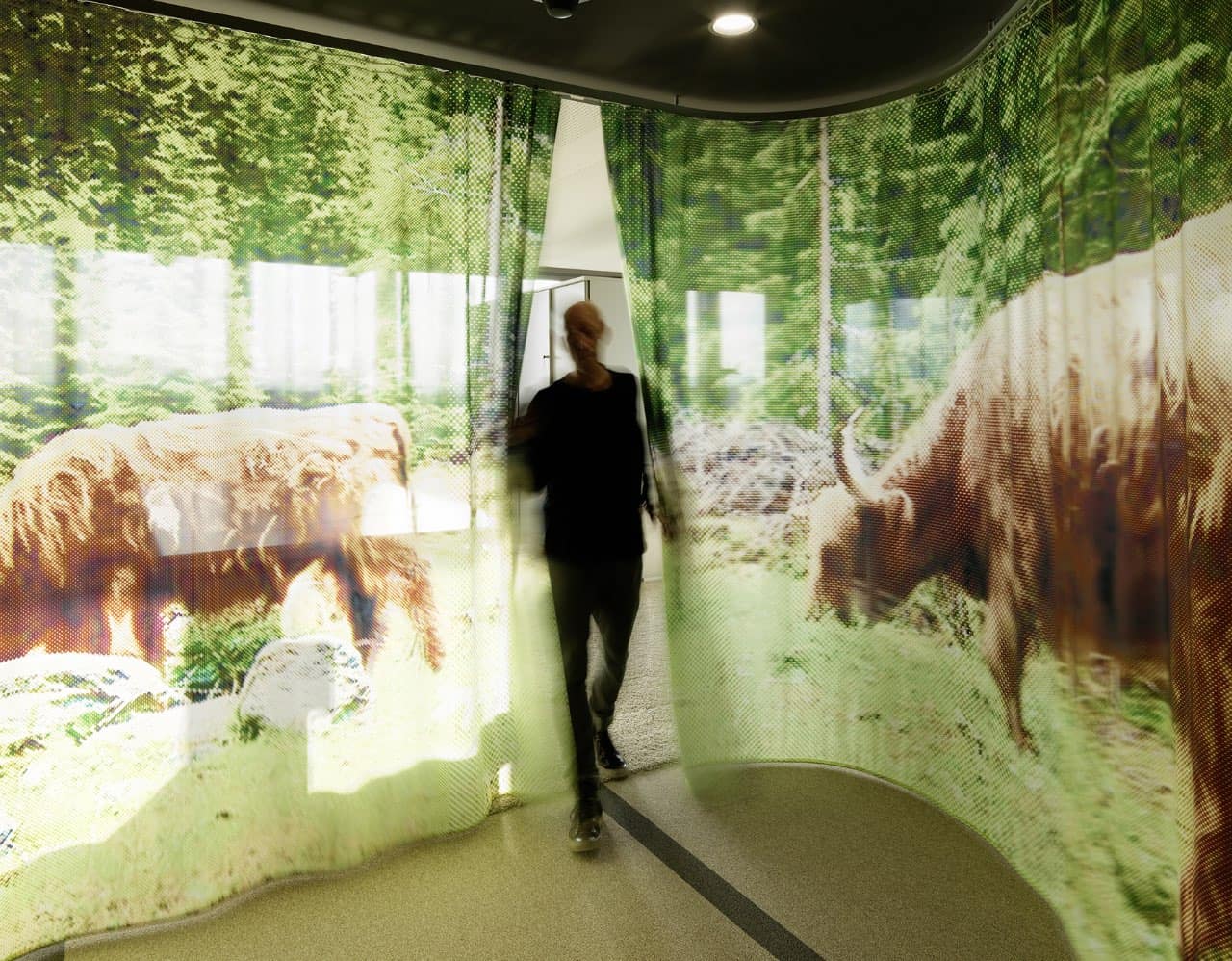 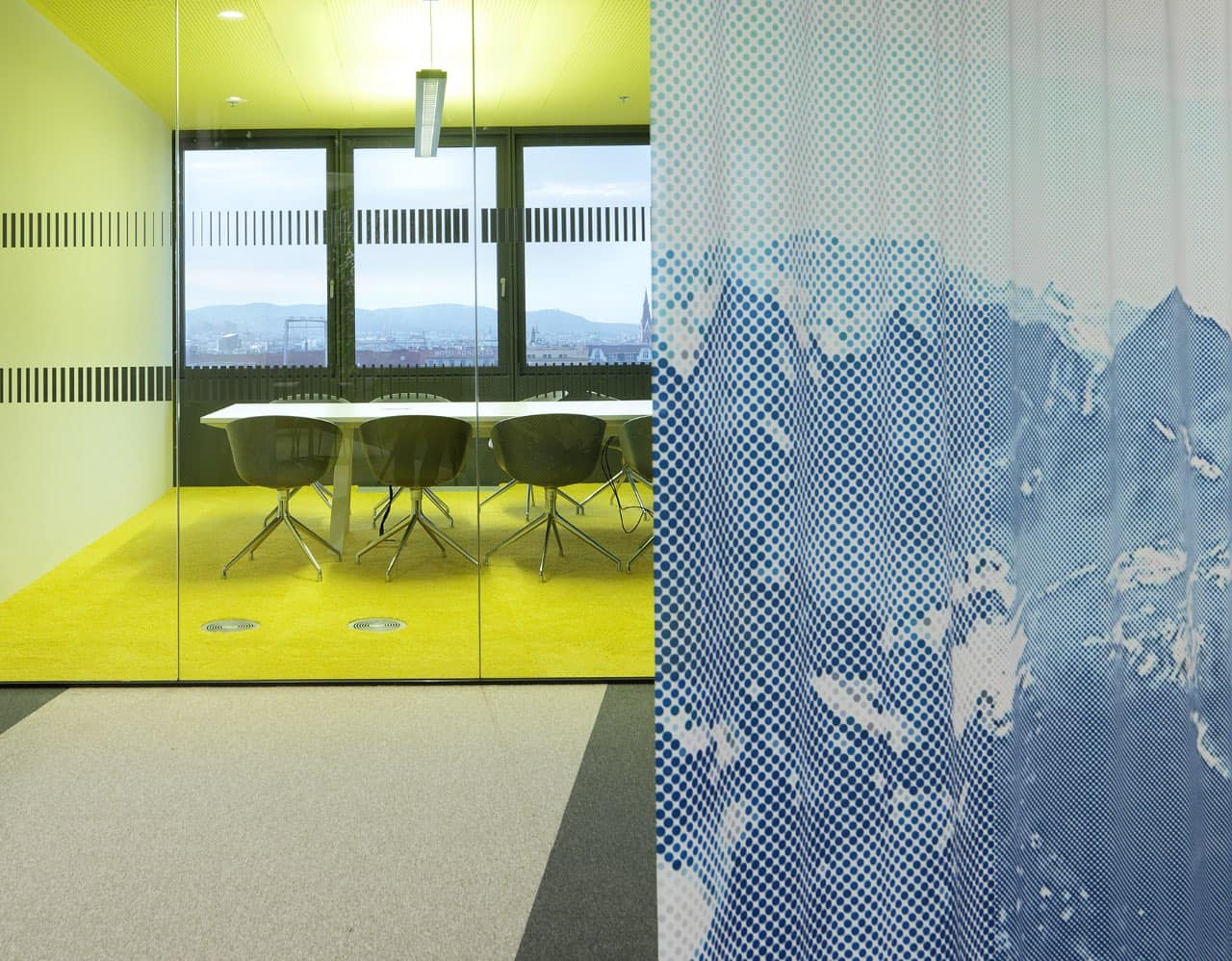 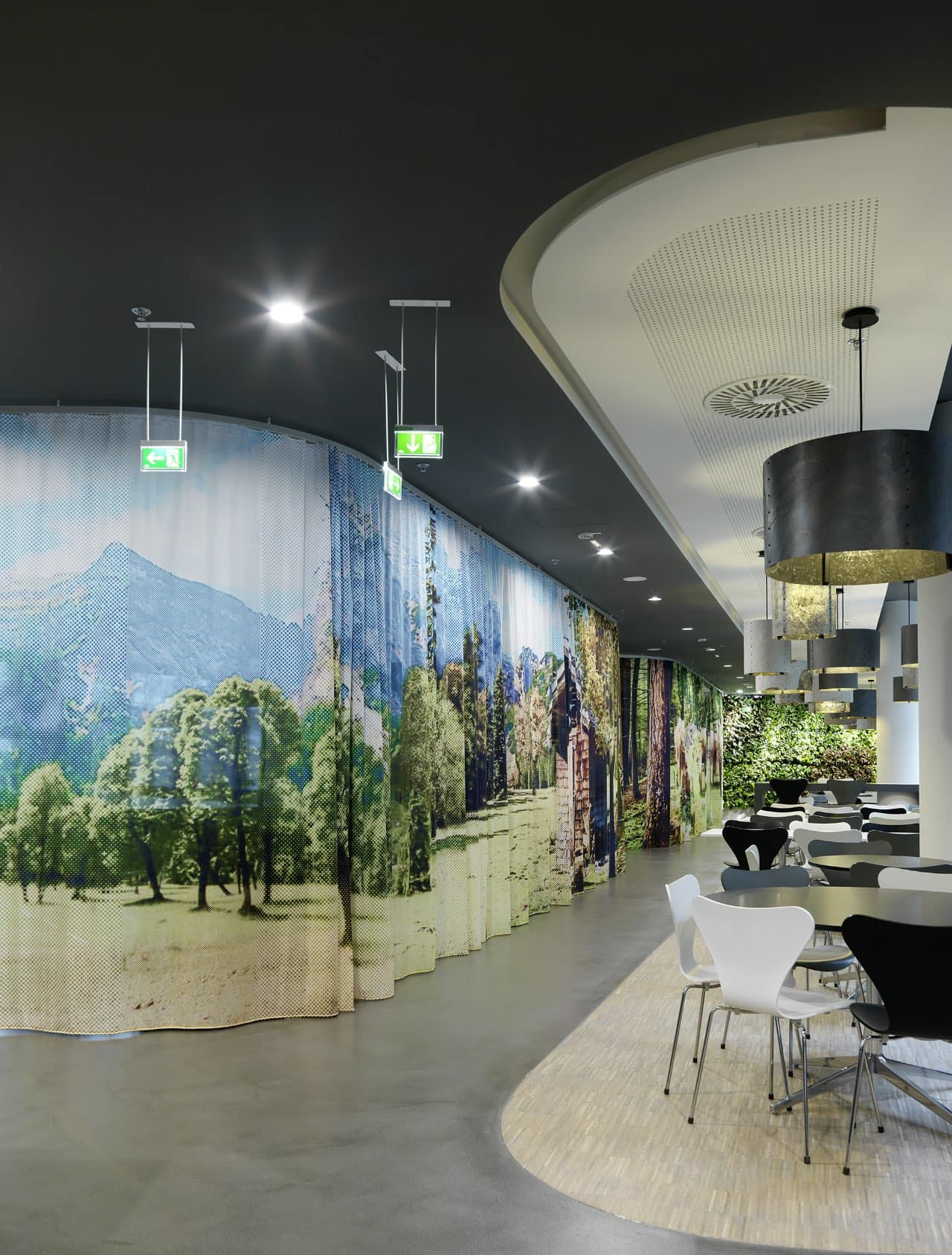 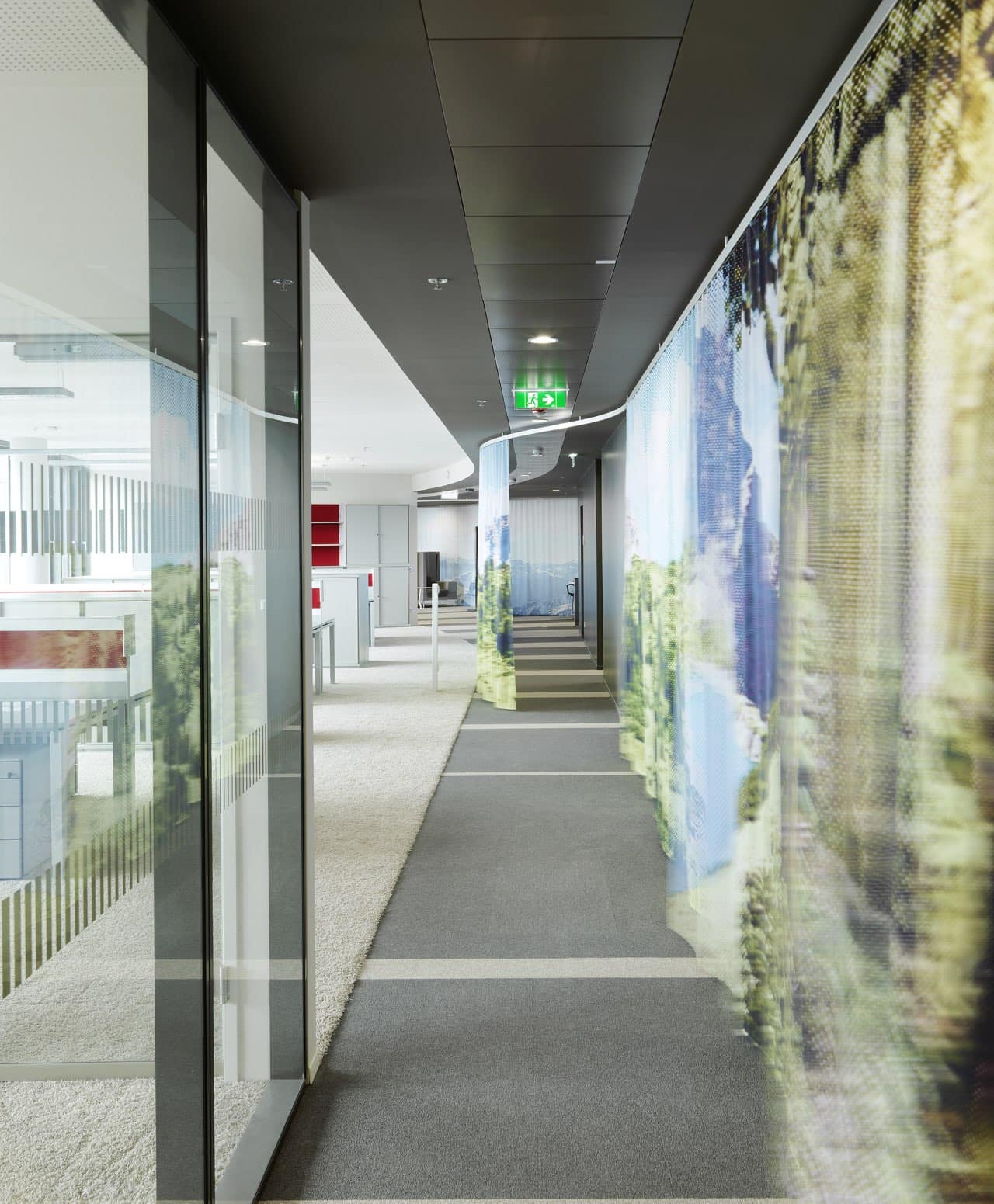 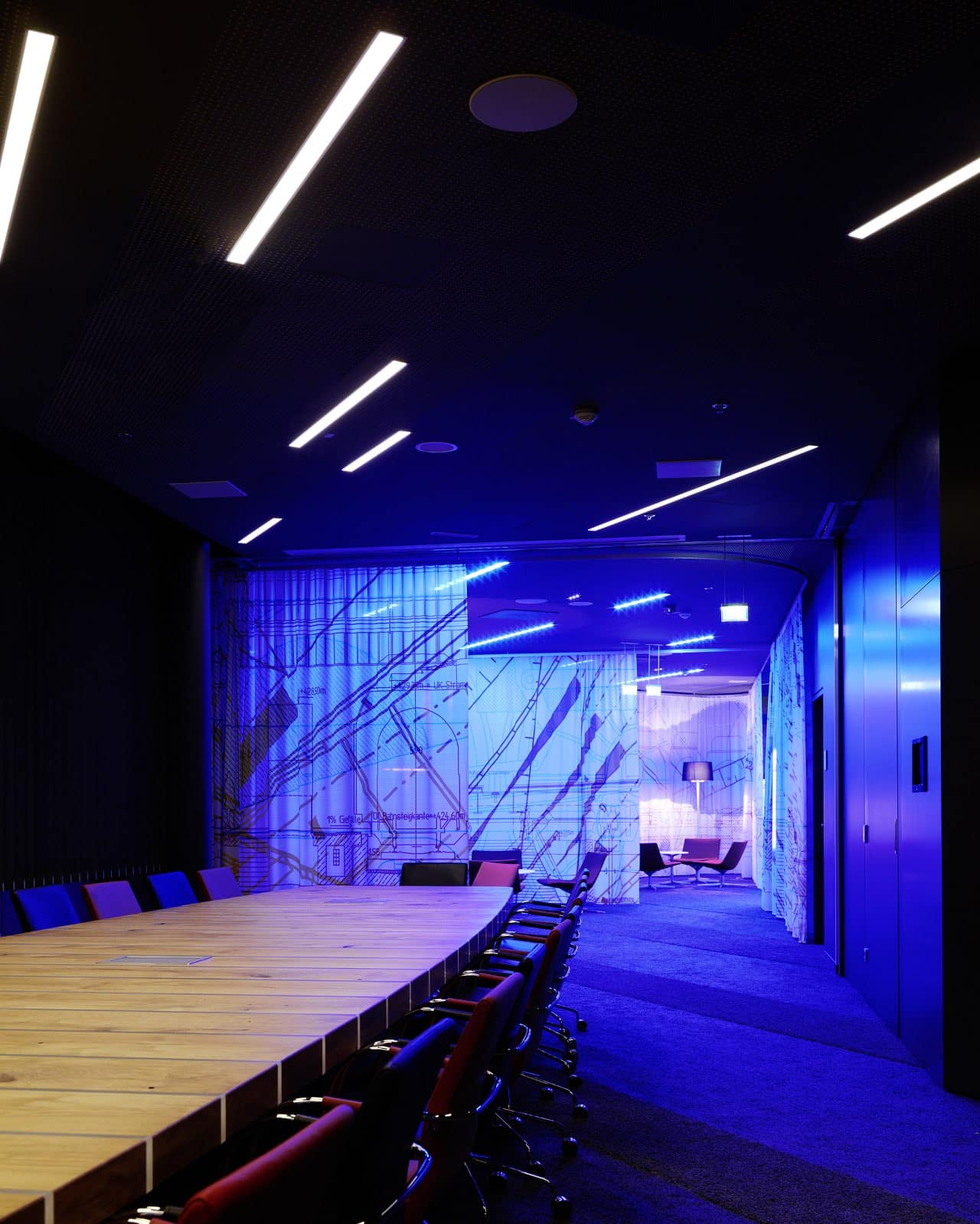 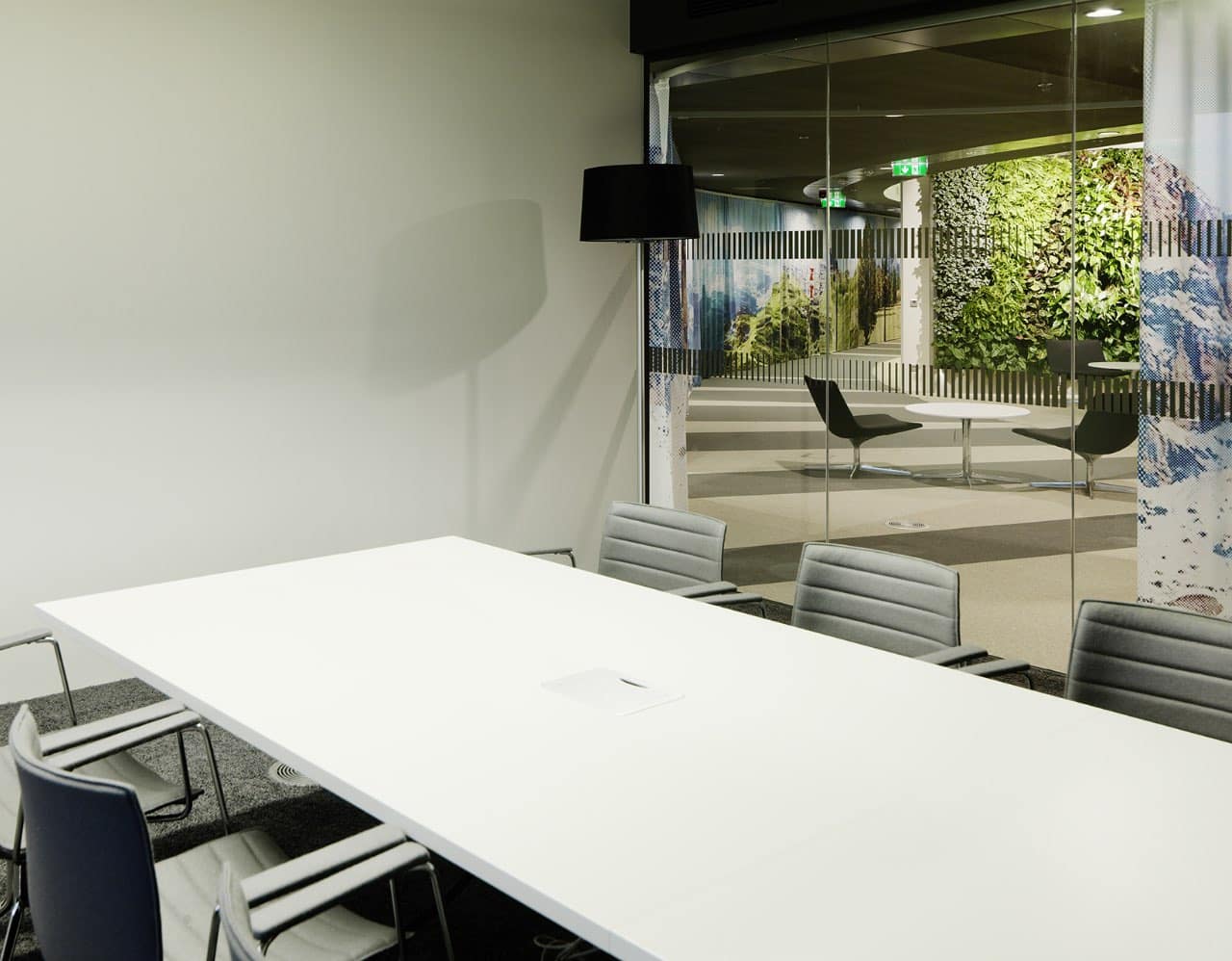