The river Mur is the political border between Austria and Slovenia. The bridge between the two cities Bad Radkersburg and Gornja Radgonja is crossed in 5 mins on foot, but distance is not countable in meters. After Slovenia became a member of the European Union the bridge could be seen like any other bridge in cities like a bridge between Brooklyn and Manhattan, Porto and Gaia. Still the cities keep seperated in peoples head. The artist Martin Kern and Georg Kettele used a harmless pigment to color 2500 liter of river water, the dividing source and sprayed it out with on the bridge with a manure tanker sprayer. Once the water dries up, the pigment will stay on the street and appear again with the next rain. The pigment gets carried away by car wheels, deep into the cities in Austria and Slovenia, until it disappears for good, over time. 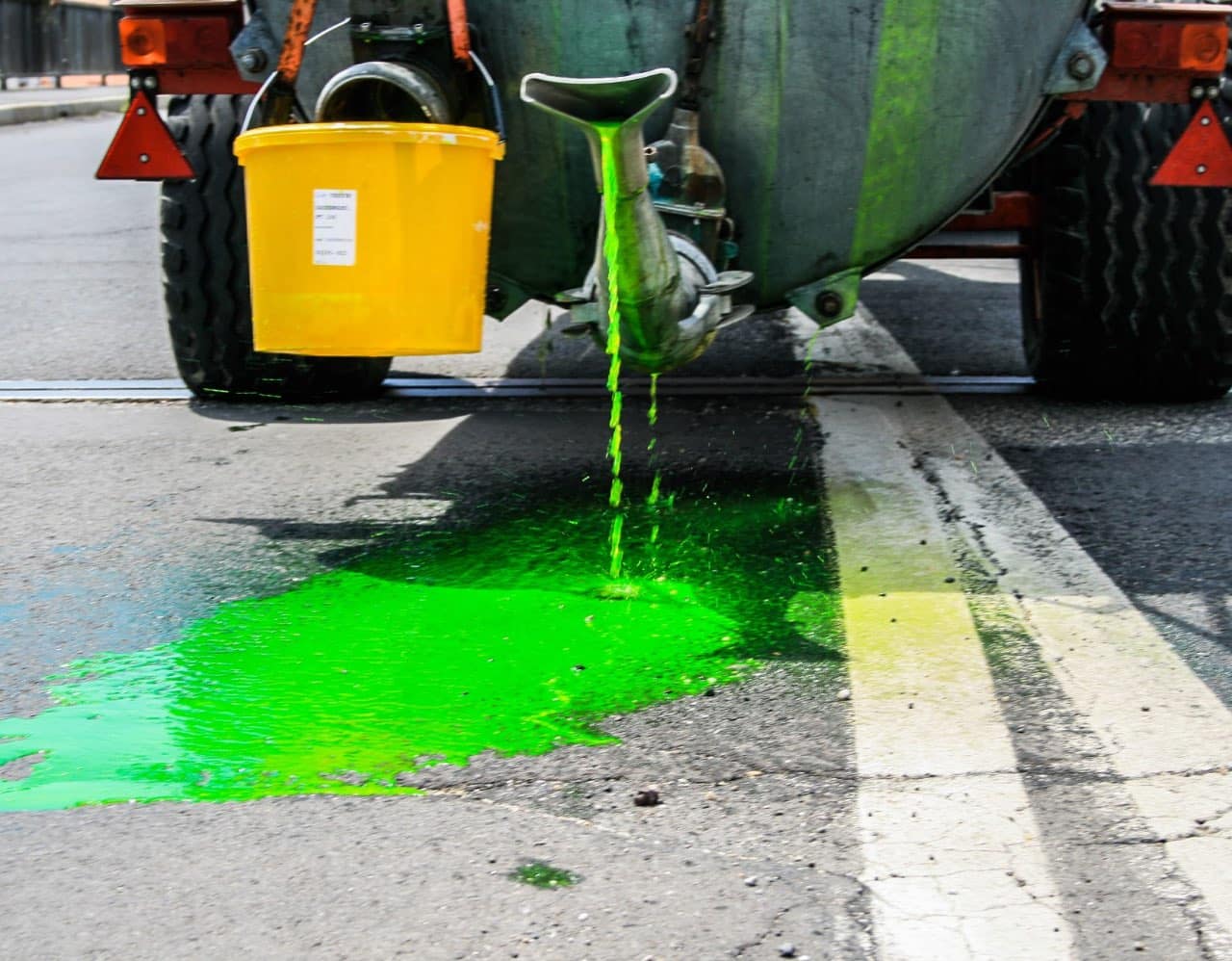 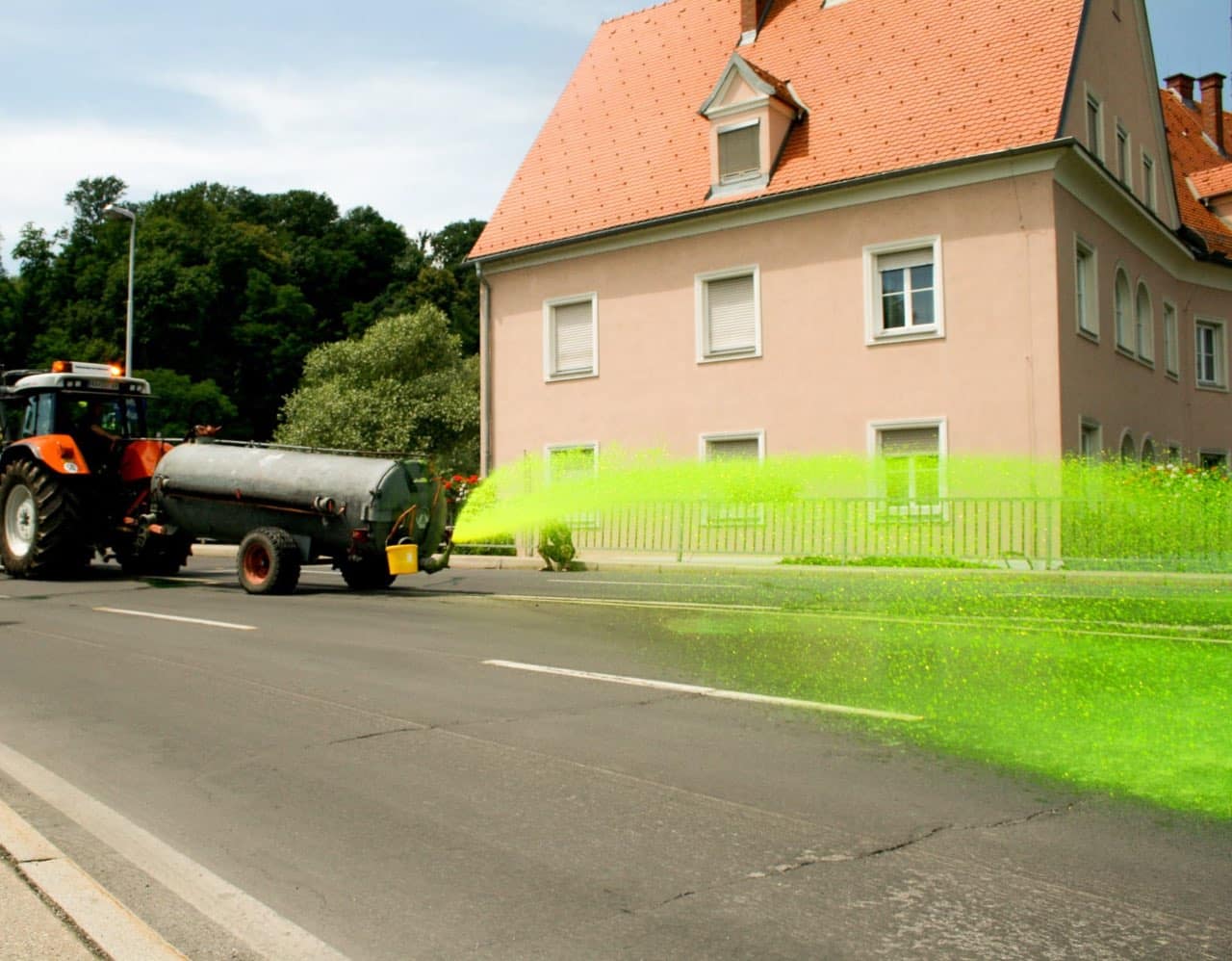 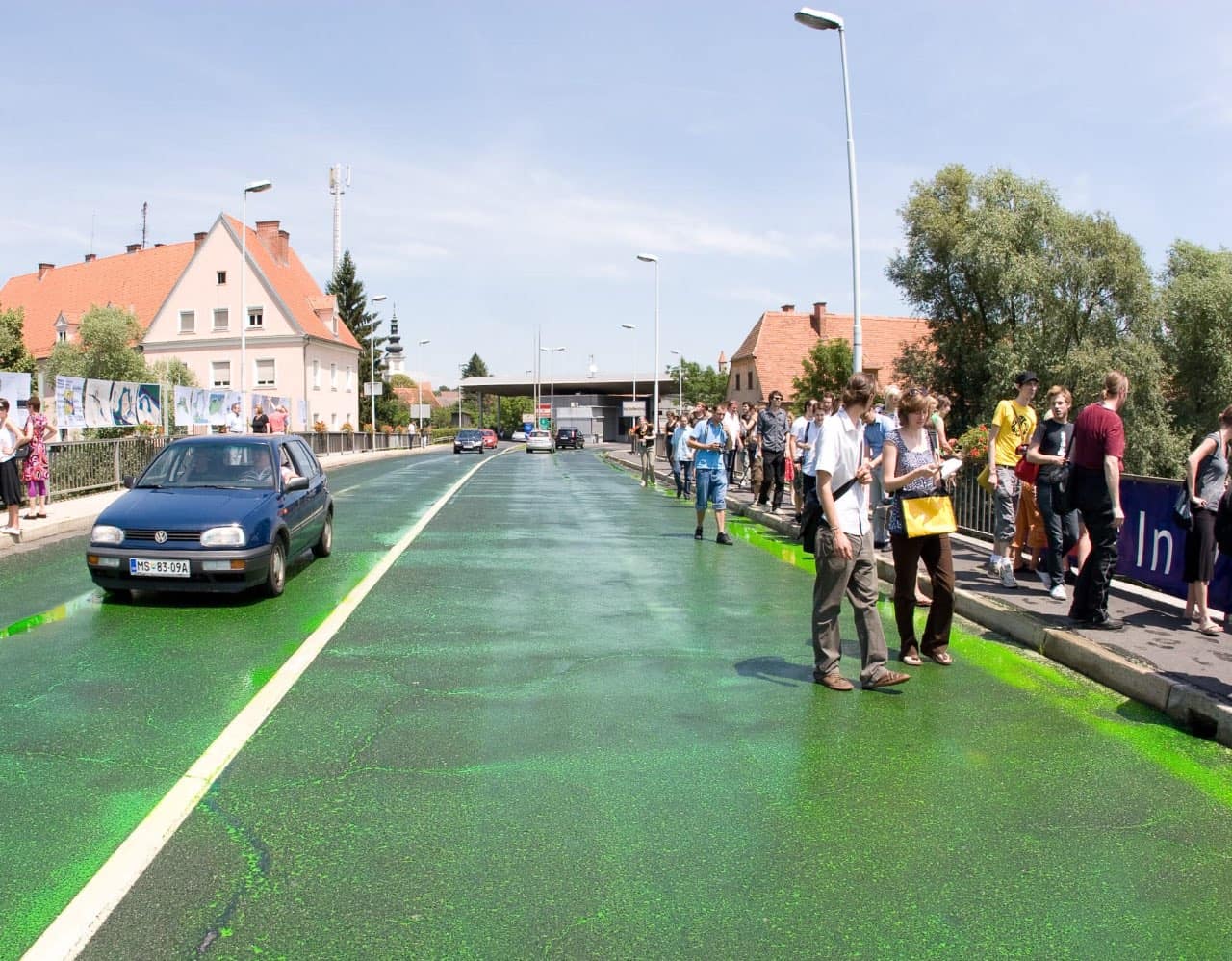 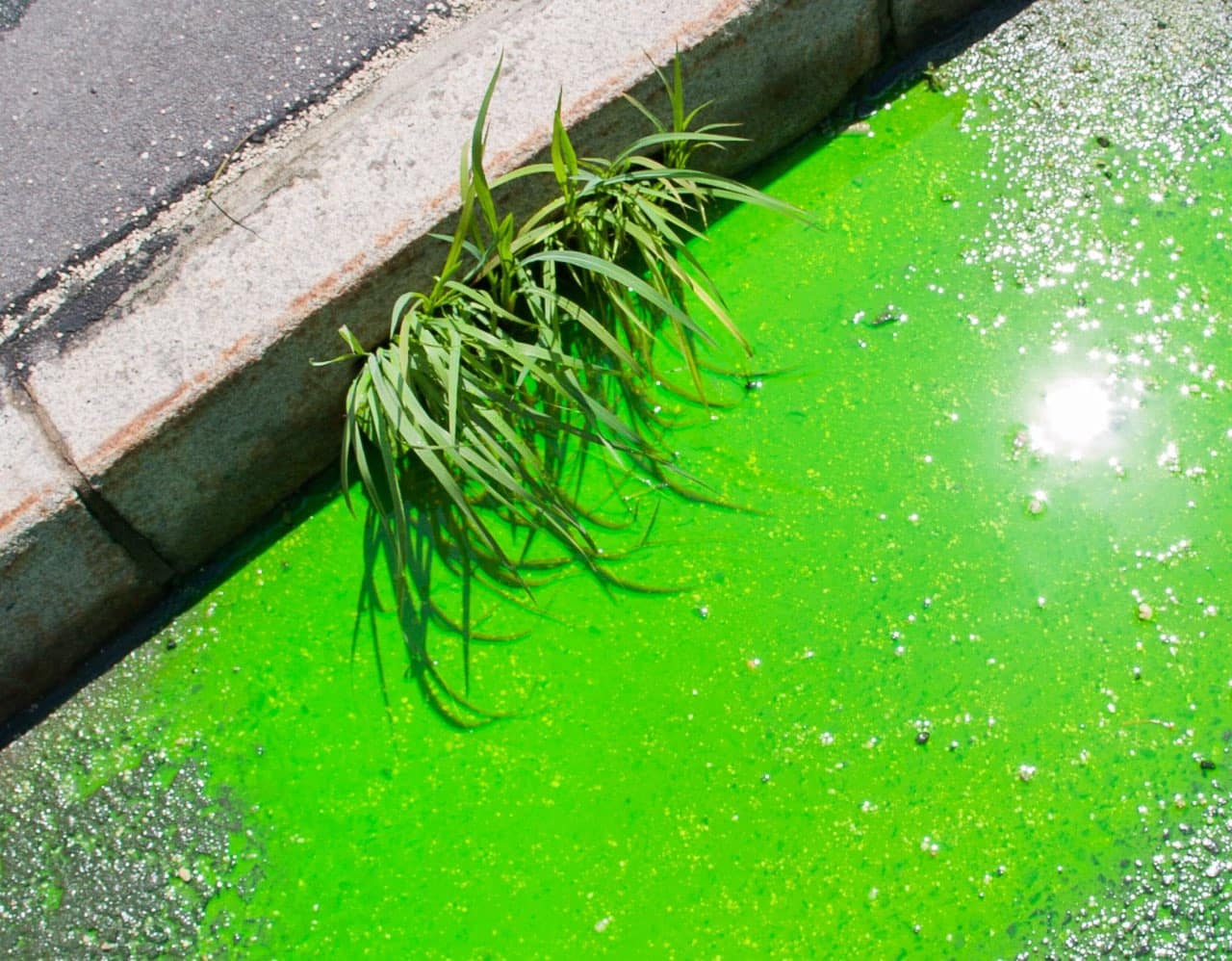 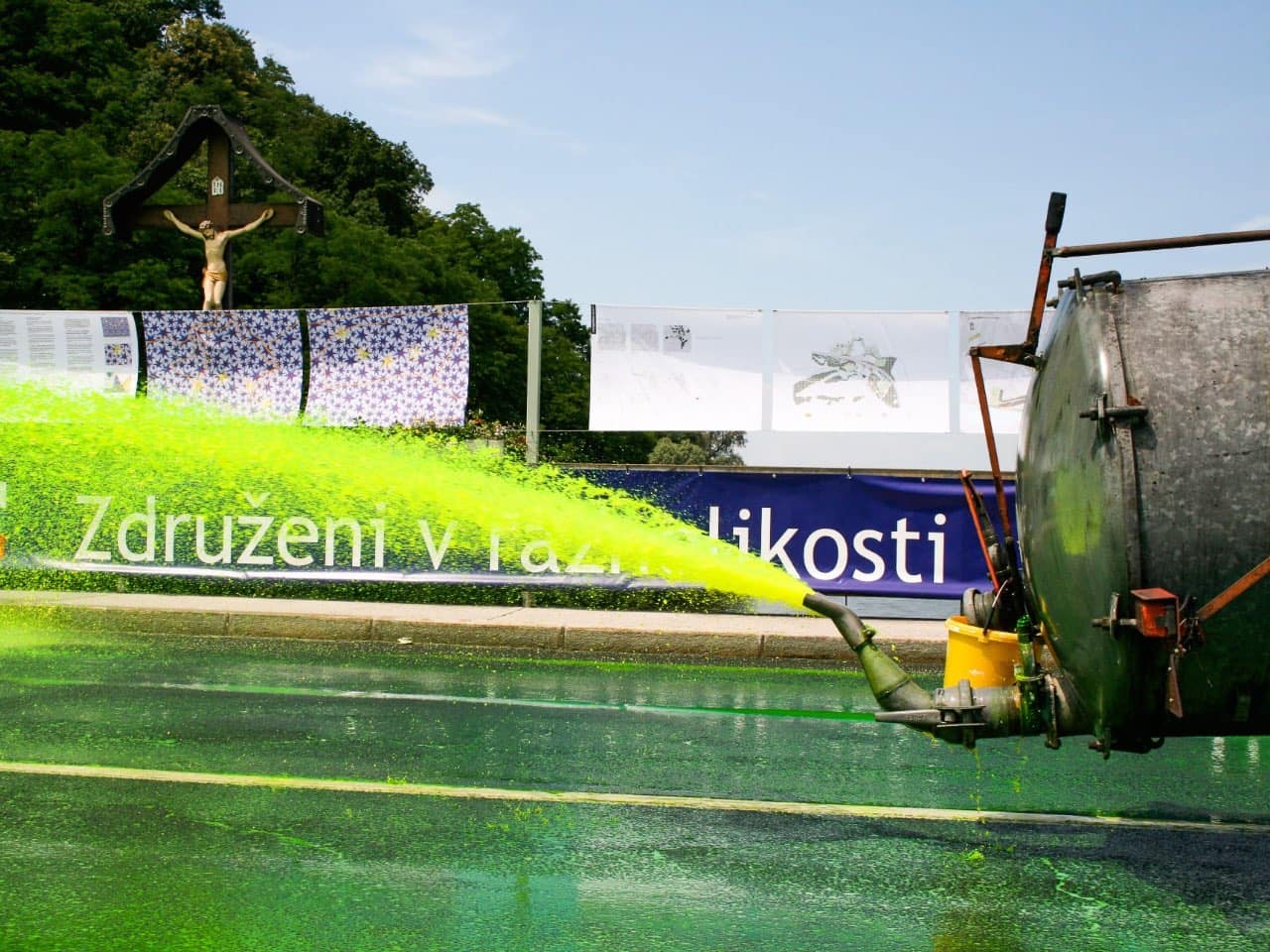 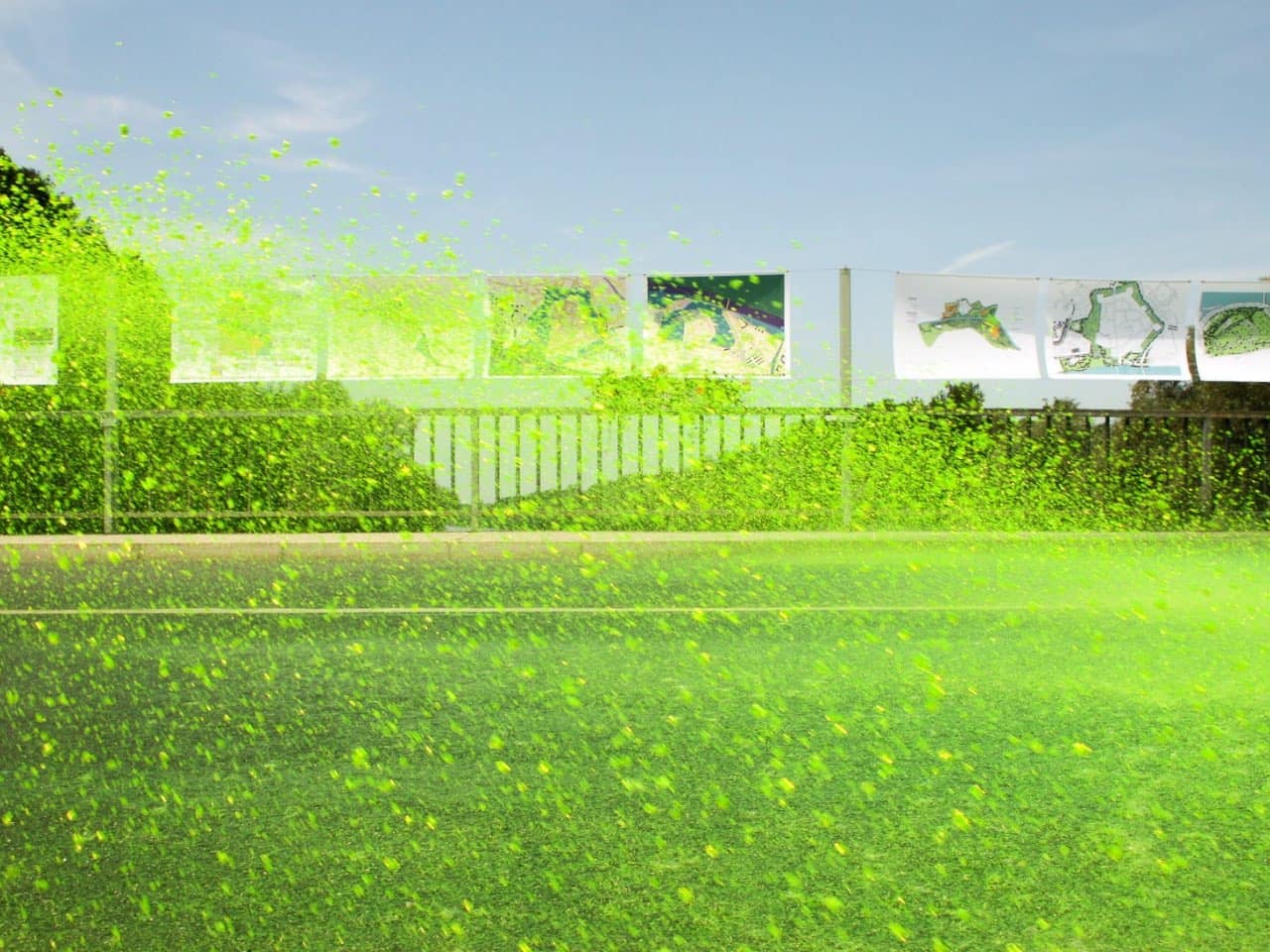